Due to COVID-19 We are operating on a limited functionality. There can be delay in responding to your queries. Stay healthy, Stay safe, Maintain Social Distancing. Good Luck!
Skip to content
Software Development Website Design and Development

ReactJS Vs VueJS: A Battle Between Front End JS Frameworks 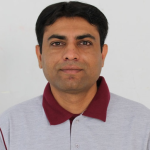 When a developer talks about ReactJS Vs VueJS, that means he/she is figuring out which front-end JS framework to choose for the upcoming project. We are aware that JavaScript and its frameworks have gained popularity in web development services. It’s needless to say that JavaScript has won millions of hearts and turned out to be a big game player. The majority of the developers choose among these tools for their hassle-free and robust development.

Due to this, the competition is getting tight as we have several options for front end development services. Both of the frameworks are popularly known for the easy learning curve and higher performances.

So, if someone asks you, which front end JS framework will rule in 2021 – ReactJS or VueJS? What will be your take on? What would be your most preferred choice? However, the battle between ReactJs and Vue.Js is real. It’s not easy to decide which overrules the other.

However, to stay ahead of the competition, you need to choose any one framework out of these two. Therefore, our experts have gone through the in-depth analysis and come up with a solid conclusion. As a front end development company, we have distinguished between the two frameworks here.

Let’s have a look at it.

ReactJS is an open-source JavaScript framework that is used to develop interactive UIs. React is backed by a Facebook community. It allows developers to develop single-page applications easily. Additionally, ReactJS development company can also be used for creating applications on the client-side along with working on the server-side.

Easy to Learn: ReactJS is considered a simple programming language to find out in compression to alternative front end frameworks, specifically for the new developers. A developer should be aware of the basic information about HTML and CSS.

Virtual DOM: Since it’s predicated on the document object model, it permits browser-friendly arrangement of documents in HTML, XHTML, or XML format.

Simple Framework: When we compare React with other front end frameworks or libraries, it is a more easy and well-defined framework with a component-based approach. A single syntax – JSX is used, which lets it use each JavaScript and HTML.

SEO-friendly: Having said earlier, React works well on the server-side and the Virtual DOM is rendered on the browser as daily web content. Therefore, it’s search engine friendly.

Cross Platform: React offers the React Native platform which might be used for developing native-rendered apps for both Android and iOS platforms through an identical React element model.

Continuous Update: Backed by the team of expert developers from Facebook, it keeps improving and enhancing on a regular basis.

Reusability: When you hire ReactJS developers, they are able to reuse the code of various levels while working on the project.

ReactJS leverages one-way data binding modality to perform its function, which enables developers to have great control over the whole application.

In this way, data comes from parent-to-child components, but the reverse procedure can’t be done. However, there are exceptional cases where you need to update it.

React.js is highly responsive and flexible as compared to all other frameworks.

Since React is from the JavaScript library, it has a team of supporters in the community.

Vue.js has become a renowned and popular JavaScript framework worldwide. Introduced after React in 2014, it took the market by storm.

It allows developers to create single-page web applications. Its core library focuses on the view layer only and supports updating models and views via two-way data binding.

Small Size: One of the major advantages of developing an application with Vue.js is that it has a smaller file size. It only comprises about 18KB to 20KB. Therefore, in order to get a result, developers can segregate the template-to-virtual-DOM compiler and even the run-time. VueJS solutions are smaller than the React and Angular apps.

Less Development Time: If you are looking for custom software development services using Vue, then Vue offers large-scale templates that consume development time. Due to its simple structure, a developer can easily find out errors in the code without any difficulties.

Easy Integration: Vue is used to develop single-page applications. Due to its component logic and structure, VueJS works seamlessly.

Two-way Communication: VueJS has two-way communication that enhances the handling of HTML blocks. Additionally, it also supports a one-way for working with different components.

Flexibility: The JSX, ES6, routing, and bundling provide flexibility to the VueJS framework. Moreover, the developers can easily move to Vue, if they are working on other JS frameworks.

The framework comes up with HTML-based templates that unite the DOM with the Vue data. It organizes the templates into Virtual DOM Render functions.

Components are the important features if Vue helps in creating custom elements, which can be reused in HTML.

As per the survey by experts, ReactJS and Vue perform at the same speed for the development. They both have a plethora of frames, libraries, and additional packages, helping you create the web application quickly.

As per the data on StackOverflow, you will find around 115.900 questions within ReactJs. Additionally, about 50.000 npm packages are available for ReactJS developers.

On the other hand, there are around 27.000 questions within VueJS and about 14.000 npm packages available for VueJS developers.

So, when we talk about its popularity and community, ReactJS is much bigger than VueJS. In fact, React is the most popular JavaScript library with great support and experienced developers.

VueJs is a dynamic framework that allows you to create an application with the most basic tooling. It has various functionalities, such as:

When we talk about ReactJS, it doesn’t offer any functionality for state management. A developer has to use Redux as a state management tool. Moreover, MobX is also much popular as a ReactJS associate.

In nutshell, Vue is more intuitive than React JS for both small and large applications.

When we talk about the performance, React secures the place for that. However, both Vue and React are quite close.

In mobile app development services, React developers can create a mobile application using React Native. It allows you to develop cross platform applications for iOS and Android using JavaScript. It doesn’t use WebView and HTML technology, but the native components have links in JS and are wrapped in React.

React Native is widely popular and utilizable among developers. This means any type of solutions, you can find for the mobile app development services.

Hence, here, we can conclude that both frameworks are the winner with the subjective to the individual’s project requirements. Both are amazing and great tools to build highly interactive UIs. React gives more control to the users whereas Bue.JS gives better build-in features. However, both ace the game for cross platform development services.

If you are looking to develop a large application with ease of development, you can hire the best ReactJS development company. On the other hand, if you wish to build a simple app with the best documentation and easy integration, then Vue.JS is the perfect choice for you.

Kiran Beladiya the co-founder of the web development company name is The One Technologies. He is managing everything from discussing project ideas with clients to their release. Due to the hectic schedule, he could not get enough time to nurture and sharpen his writing skills but he is an avid writer. You can connect with him on Twitter and LinkedIn.